Amending insolvency legislation in response to the COVID-19 crisis 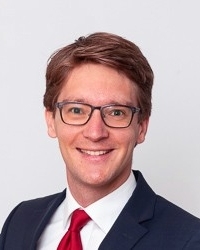 The COVID-19 (corona) virus has reached pandemic status. It currently spreads over the world and is expected to infect a majority of all people within the next month(s), according to health experts. The medical urgency justifies the current extraordinary measures taken by many governments globally, measures that, at the same time, also have devastating effects on businesses and entrepreneurs as sectors slow down or are effectively closed down.

Weathering the storm: a European perspective

In Europe and beyond, strong appeals have been made to prevent bankruptcies caused by the COVID-19 crisis. The exogenous economic shock hits both financially reasonably healthy companies, which depend on a smooth inflow of liquidity, and companies with fundamentally solid business models. Many companies with a viable business model at start of 2020 would now be forced to file and possibly suffer a piecemeal liquidation in the resulting insolvency proceedings. Under the current, distressed market conditions there is a significant risk of sales at an under value.

Not surprisingly, many governments and institutions have announced economic measures to prevent an outbreak of businesses entering into liquidation proceedings. This includes the US Government with the Coronavirus Aid, Relief, and Economic Security (CARES) Act. Similarly, measures to strengthen economies have been taken by many European countries and institutions such as the World Bank, IMF and ECB.

At a European Union level, the European Commission published several communications dealing with the economic consequences of the COVID-19 crisis. In the first Communication on a coordinated economic approach the Commission announced several liquidity measures and described which complementing measures EU Member States may take that fall outside the scope of EU state aid rules. In the second Communication, the Commission announced a Temporary Framework for State Aid setting out and broadening the scope of state aid measures that fall within current EU state aid rules. Also, the Commission expressed its commitment for ‘using every available euro in every way possible to protect lives and livelihoods’. Furthermore, a bank package has been adopted to facilitate bank lending to businesses.

The extraordinary economic situation raised by the COVID-19 outbreak requires legislators to undertake extraordinary measures. This extends also to insolvency legislation in order to prevent unnecessary bankruptcies. Insolvency legislation which is effective under normal market conditions may prove insufficient or ineffective in the current situation. Measures in these times should be effective without too many formalities, especially when courts and public authorities may not be fully available due to lockdown measures.

The Executive of the Conference on European Restructuring and Insolvency Law (CERIL) — an independent non-profit organisation of European lawyers and other restructuring and insolvency practitioners, law professors and (insolvency) judges — also considers that existing insolvency legislation in Europe may not provide adequate responses to the situation in which many businesses currently find themselves. In a statement published in March 2020, the Executive calls upon EU and European national legislators to take immediate action to adapt insolvency legislation to prevent unnecessary corona bankruptcies. Although prepared for the European context, these recommendations may also be an inspiration for legislators in other parts of the world.

CERIL suggests that two steps should be taken immediately by European national legislators. First, the duty to file for insolvency proceedings based on over-indebtedness should be suspended. Such duties exist in several EU Member States, for instance Austria, Germany, Greece, Italy, Latvia, Poland and Spain. The current economic uncertainty hampers the effectiveness of this duty which is aimed at selecting non-viable businesses. In recent days, some countries have suspended (Germany) or extended (Austria) this duty. Second, in response to a (partial) shutdown of businesses for a number of weeks or months, urgent measures are required addressing the illiquidity of businesses.

In addition, the CERIL statement recommends that EU and national legislators consider further measures. In urgently adapting insolvency legislation, they should include measures to make available interim (crisis) finance, suspend the duty to file based on inability to pay, provide for ‘hibernation’ (going into winter sleep) of (small) businesses by means of a general moratorium or deferral of payments, and provide support for the livelihood of entrepreneurs and their employees.

The CERIL Executive Statement on COVID-19 and insolvency legislation is available here.

This is an amended version of the blog that appeared before on the Oxford Business Law Blog. This article was originally plublished by Harvard Law School.

* Gert-Jan Boon is Researcher and Lecturer in insolvency law at Leiden University.