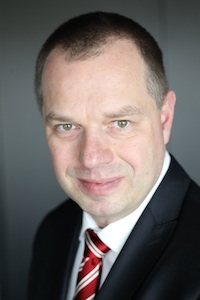 The deadline for the European legislators to implement the EU “Restructuring Directive” is set for the 17 July 2021. However, The German Ministry of Justice will most probably publish the (German) draft bill which shall also take into account the consequences of the evaluation of the former reform of the German Insolvency Act (“Insolvenzordnung, InsO”), in the spring of 2020. Meanwhile, however, various professional associations have been very active and have, in some cases, developed concrete proposals as to how they believe the implementation into German law should take place. In the following, the timetable for implementation and the key points of the various position papers are outlined.

According to statements made at the  annual conference of the German Association of Insolvency Administrators (“Verband der Insolvenzverwalter Deutschlands, VID”) at the beginning of November 2019, the implementation of the directive and the implementation of the amendments to the InsO derived from the ESUG evaluation are planned within the framework of three legislative packages:

One can only hope that the Grand Coalition in Berlin will continue until 2021, otherwise this timetable will prove to be quite ambitious.

In the meantime, several associations have commented on their respective ideas on the implementation of the Directive with so-called “position papers”, including the German Institute of Auditors (IDW), the Association of German Insolvency Administrators (VID) and the Association of German Management Consultants (BDU). In the following, the corresponding positions of these associations will briefly be outlined against the background of the respective requirements of the Directive:

Already the premises under which the IDW places its position description are interesting:

"When transposing the Directive  into national law, the German legislator should not be guided by the  instruments and the way of thinking of the Insolvency Act, but should create a  procedure that is as independent as possible from it – as far as legally  possible – which takes effect much earlier than the insolvency procedure and  supplements the existing restructuring instruments. In order to avoid the  stigma of failure, it is necessary that the preventive restructuring framework  runs as quietly as possible, i.e. under exclusion of the public; moreover, a  regulation outside the Insolvency Act is necessary. This is the only way to  upgrade Germany as a location for restructuring and make it more competitive."

All position papers agree on the necessity of an independent regulation outside the Insolvency Act. Only Prof. Dr. Madaus (see links below) pursues the goal of integrating the restructuring procedure into the German Civil Code (BGB) and the Code of Civil Procedure (ZPO) in an approach that is certainly worthy to note.

According to Art. 4 of the Directive (Directive) in conjunction with recitals (EC) 24 and 28, access to the restructuring procedure must be granted in the event of “likelyhood of insolvency”, but it should also be opened “[…] before a debtor becomes insolvent under national law” and can be made possible in the event of “non-financial difficulties” (e.g. loss of a contract of decisive importance).

The Directive provides for a general dispensation from the obligation to file for insolvency as soon as the restructuring procedure has been initiated (permissibly), cf. Art. 7 (1); EC 38. Such a far-reaching dispensation is, however, rejected by the IDW and VID. The position papers emphasise the necessary “distance requirement”, i.e. that an overlap with the German insolvency reasons of illiquidity and over-indebtedness must be avoided. In most cases, the retention of the reason for the application for insolvency under § 19 InsO is also advocated, however, one could read from an overall view of the IDW position paper that at least from the time the application is filed only the insolvency under § 17 InsO (illiqudity) should have an effect on the proceedings (i.e. a transition to a formal insolvency procedure would be necessary). On the other hand, the BDU is in favour of retaining the provision of § 19 InsO, but wishes to waive the resulting obligation to file an application for insolvency.

The IDW proposes to base the national definition of “probable insolvency” on the statements of the Federal Court of Justice in the ruling on the liability of tax advisors due to a lack of warning of the client’s crisis from January 2017. Accordingly, a “probable insolvency” would exist if “no profits were made in the past, no easy recourse to financial resources was possible and the balance sheet over-indebtedness threatens or has already occurred.”

In addition, Art. 4 (3) Directive in conjunction with EC 26 places the introduction of a “viability test” as a potential further obstacle to access at the discretion of the member states. Most authors and position papers (as far as they deal with it) demand such an examination, whereby it should be based on the so-called “§ 270b certificate” according to the corresponding “umbrella procedure” contained in the InsO. According to the IDW, however, it shall be sufficient that “… the debtor proves that he is not insolvent, that he is fully financed for the duration of the proceedings, that a rough restructuring concept exists and that the simple majority of the creditors concerned support this.”

In Art. 5 in conjunction with EC No. 30, the Directive advocates the principle of self-administration by the debtor, but now sees Art. Art. 5 (3) in conjunction with EC 31 provides for the possibility (extended compared to the previous versions) of appointing a “restructuring officer” for “supervision” or “partial assumption of control over the daily operations of the debtor” (!) if a

“general” moratorium will be imposed,
“cross-class cram-down” is planned or
at the request of the debtor or a majority of creditors.

The corresponding position papers uniformly provide for the rule of self-administration with the more or less active “assistance” of a restructuring officer. However, it is doubtful whether the far-reaching proposal of the VID, according to which the restructuring officer shall even be authorised to sell the company, is still in conformity with the Directive.

The Directive gives member states the option of a moratorium (general or limited to certain claims) (Art. 6, 7; EC 32 et seq.) for an initial maximum period of four months (Art. 6 (6)), extendable to a maximum of 12 months (Art. 6 (8)). IDW and VID are in favour of a moratorium which should only bind the creditors affected by the planned restructuring measures; a comprehensive moratorium should be reserved for insolvency proceedings. In line with this, the Directive stipulates that the debtor can meet obligations “in the normal course of business” (EC 39).

The debtor is to be restructured in accordance with the guidelines on a “restructuring plan”. For this purpose, the “affected parties” are to be placed into classes according to Art. 9 (4), EC 44 (whereby exceptions are provided for SMEs). The plan is deemed to have been accepted if (in terms of the sum and headcount, if any) a majority of not more than 75% of the “parties concerned” have approved the plan.

If individual groups are rejected, the Directive provides for the possibility of a “cross-class cram-down”, cf. Art. 11, EC 53. In this case, however, an official confirmation is required, as is also the case with the determination of “new financing” or the loss of more than 25% of jobs in the restructuring plan (Art. 10, EC 48). This official confirmation must be granted if

On the other hand, the application for official confirmation of the plan must be rejected in accordance with the requirements of the Directive if “there is no reasonable prospect” that the restructuring plan will prevent the insolvency of the debtor or guarantee the viability of the company (cf. Art. 10 (3), EC 50). While the IDW, as expected, proposes the IDW S2 as the standard for the restructuring plan, the VID refers to the relevant case law of the Federal Supreme Court in this respect. VID and IDW want to fully exploit the framework of the directive on approval requirements with a 75% majority of the headcount and total amount of claims.

According to the IDW, the competent courts should at least be granted an explicit right of preliminary examination (i.e. before the plan is even forwarded to the “parties concerned”!). The IDW also wants to grant the court a right of review with regard to the debtor’s ability to restructure.

According to the requirements of the Directive, shareholders should not be able to “prevent the acceptance of restructuring plan for no reason” (EC 57, Art. 12); they may, however, be partially exempted from the “absolute priority rule” under certain conditions (EC 56). In the case of SMEs, there should also be the possibility of contributing to the restructuring through contributions in kind, such as experience, a good reputation or business relations (EC 59). In principle, the associations take the view that the shareholders should only be included, for example by converting their claims into equity (so-called “debt-equity swap”), on a voluntary basis.

The Directive provides for an explicit exception of (bona fide) intermediate and new financing (“fresh money”) from avoidance in the case of possible subsequent insolvencies (“super senior loan”), cf. Art. 17 f, EC 66 ff. As expected, the VID in particular opposes this exception to restructuring financing and sees the danger of the establishment of “insolvency privileges” thought to be overcome by the InsO.

Already at this early stage – according to the German Minstry of Justice following the recommendations of the position papers – a failure of the German restructuring framework is to be feared in the sense that the case numbers of the “preventive restructuring framework” will not exceed those of the “umbrella procedure” according to § 270 b InsO. This is partly due to “homemade” problems, such as the over-complexity of the planned implementation, which is likely to degrade the proceedings to “light insolvency proceedings” due to the constant involvement of the court. This is all the more the case as the German insolvency courts – which are not known for their debtor friendliness – are likely to be given jurisdiction over the restructuring proceedings. Thus, the proceedings are likely to face the same fate (albeit for other reasons) as the German Settlement Act (“Vergleichsordnung, VglO”) at the time.

In part, however, the already apparent lack of success of a German restructuring procedure may also be due to the pursuit of other – more creditor-oriented – approaches to implementation in other member states. The emerging Dutch law on the restructuring framework is a prime example of a creditor-friendly system that should also make it possible for debtors from other EU countries to use it. The Dutch system thus takes up the original idea of the Directive, which was intended to promote a settlement of the high numbers of NPL stocks in the southern member states of the EU without too much involvement of the courts. It is already foreseeable that this system will enjoy similar popularity among creditors and managing directors of debtors as the scheme of arrangement procedure under English law.

It remains to be seen how the German Ministry of Justice will proceed in view of this initial situation and the position papers discussed here – i.e. what the draft Bill will look like.