Italy and the second wave: a Country struggling between a virus, EU and G20 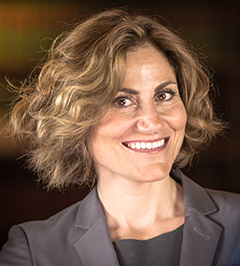 Founder of JurisNet and VP International at TMA Global

Here we are, back again.

The nightmare is back and for reasons that are still uncertain this second wave is hitting far more people than the first one.

Generally speaking, the Covid 19 pandemic has brought the whole world to its knees and compared to this the ‘Italian numbers’ appears to be a little problem. But no number is little if it refers to real people, real families, real schools, and real cities.

Since last January 30th, when the World Health Organization has declared a state of emergency, the Italian Government has released several measures to support its citizens and the Italian economy.

The Italian people had followed the directives and provisions, imposing themselves during the months of March and April, one of the most restrictive lockdown in history. At the same time important investments were made to increase the health structures to be able to offer to as many people as possible, intensive health therapy care.

Notwithstanding these efforts, the second wave we are facing seems to hit the Country even more badly, erasing somehow the growth of our economy registered in the third quarter.

While Italy has almost doubled the availability of intensive care beds and increased the number of ventilators, only 625 more anesthetists and resuscitators have been hired since the beginning of the pandemic.

Italian hospitals struggle with a shortage of intensive care specialists and this weakness in the healthcare system across the country forced the decision of the Italian Government to move into another complete lockdown on the first days of November.

According to a study by Johns Hopkins University in the US, Italy has recorded four deaths per 100 infections - the third highest rate in the world: one death every eight minutes.

Maybe it is due to the average age of our citizens which is higher than the average in Europe but the slow reaction of our Government to identify the real needs of the country is part of the cause.

The lack of a plan of growth, the lack of at least a five-year economy program forces our leaders to act pushed by the wave of emergency and urgency. The long list of ‘emergency measures’ released from January is the evidence of this assumption.

A compass is not sufficient to orient!

The primary purposes of the Law Decrees were to limit the negative effects of a lockdown supporting companies with social safety nets and forbidding dismissal to prevent people losing their jobs.

Moreover, the provisions forbid the revocation of bank credit lines, on a side, while facilitating the access to new credit for enterprises.

The Government introduced new rules to grant the functioning of corporate governance modifying general provisions of the Italian Civil Code in terms of duty to recapitalize and way to rule the company meetings.

The legislative production also focused on insolvency law, postponing the entry into force of the reform up to September 2021, deferring the bankruptcy filings (even if requested by the debtor) and extending the terms for restructuring proceedings and composition with creditors.

Furthermore, the Government introduced measures to ‘relaunch’ enterprises granting tax credit to companies who continue to invest notwithstanding a contraction of their revenues higher than 33% compared to the same period of the previous year.

Together with a tax credit infrastructure, the Government has created a special fund, so called “Fondo Patrimonio PMI”, with the aim of granting part of credit facilities to reinforce the solvency of SME’s for working capital, net investments and personnel costs.

All measures adopted by the Italian Government so far, had the main purpose to support economy, distributing grants and loans even through fiscal credits in order to postpone as much as possible the time when the companies will trace the line and decide whether to go on and how, or simply shut down.

The goal was perfectly met, and the measures succeeded in supporting the Italian families on the day by day: very little disorders were faced, and the Italian people resilience has been of example all over the world.

But now it is time to face the questions on what is next. What if many companies who have received the financial support granted by the State would shut down? How our banking system would manage this impact? And how our national financial statement would register this loss?

The provisions released by the Government up to now (and this second wave does not make any difference) has somehow doped the Italian economy system exactly like other European Countries have decided to do.

What Italy is still missing is a complete and comprehensive vision to accomplish the step forward. Covid 19 will be over, sooner or later, and the Country must prepare a strategy for the day after!

Two important and fundamental international appointments will procure Italy to make this step forward: the timing for the EU Recovery Fund on one side, and the G20 presidency on the other side.

To help repair the economic and social damage caused by the coronavirus pandemic, the European Commission, the European Parliament and EU leaders have agreed on a Recovery Plan that will lead the way out of the crisis and lay the foundations for a modern and more sustainable Europe. 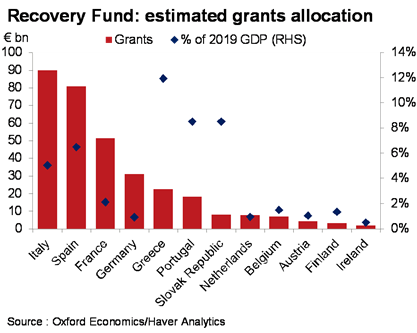 The Recovery Fund sees the huge amount of Euro 1.824,3 billion to be distributed among European Countries according to strategic plan focused on new generations, sustainability, and green economy.

Italy, having experienced the most severe downturns during the pandemic crisis, will be the Member State who could benefit the most of this measure if it will be able to present a five-year plan.

A national recovery and resilience plan setting out the reform and investment agenda up to 2026 is a must to be eligible as a Country to obtain the funds: no plan, no grants or loans!

The plans will be submitted to the European Commission in coming months for evaluation and then be sent to the Council for approval. Disbursement of funds will likely start next summer.

Italy is working hard to fulfil even if at the moment it looks somehow late compared to what other Countries have already develop.

Looking at the European Commission timeline, grant commitments will be concentrated in 2021-2023, and the loans should be disbursed not later than 2026.

The momentum is critical and cannot be wasted.

As per data collected by ISPI (Italian Institute for International Studies), the Italian government investment dropped by 35% in the last 10 years, falling from 3.7% of GDP to 2.1%.

Moreover, as the 2019 OECD (Organization for Economic Co-operation and Development) Economic Survey for Italy reports, poor project quality, disorganized evaluation processes, and delays in delivery have been major obstacles to good infrastructure development as much as low spending.

Finally, the decision-making and spending processes depend highly on the capacity of institutions and national administrative bodies. According to the World Economic Forum’s 2019 Global Competitiveness Index, Italy does not excel in institutional quality: Italy ranks 130th on government long-term vision and 126th on government responsiveness to change.

All these elements must be bear in mind and should procure in our leaders an attitude of cooperation and dialogue with the other EU Member States in order to stimulate a virtuous evolution to meet the common goals.

The G20 Italian Presidency is another great occasion to develop this approach.

While the world is facing a second wave, with new partial or full lockdowns worsening the worldwide economic situation, the choice of priorities of the Italian government for next year’s G20 have been “People, Planet, and Prosperity”.

A thorough but stimulating challenge which will require balances and compromises reachable only through cooperation and dialogue, especially among the countries that are the biggest contributors to the world’s GDP, greenhouse gas emissions, development aid, infrastructural spending, and defence expenditures.

Italy is approaching its presidency with a humble attitude, taking advantage, and learning by what other Countries have already achieved, contributing to a global approach and engagement of world leaders to safeguard “people, planet, and prosperity”.

The Italian resilience had already produced great results when the time were the hardest: the Italian economic miracle (economic boom) was in the ‘50s, right after the second world war when the reconstruction of the country brough important economic growth and technological development. Those were the years of the International cooperation highlighted by the birth of the Council of Europe in 1949, the first European organization focusing on human rights, democracy, and rule of law.

Italy has always played an important role in International cooperation, improving its own economy and political system while taking part to the international challenges. Even today there will be no difference and we will witness a striking development in Italian economy and administration in the next few years.