US Chapter 11s - Are they superior to European processes? 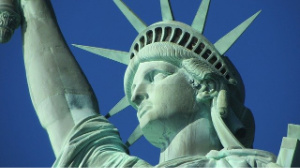 Does the current boom in US Chapter 11s compared to generally quiet bankruptcy markets in Europe demonstrate the superiority of the American process, or simply that the economies on either side of the Atlantic are at different stages?

I’m guessing you would have to spend many months or even years studying reams of financial evidence before deciding on this, but the reason I raise the question is the nature of the Covid-19 crisis. It’s intrinsically global. Unlike the global financial crisis of 2007-8, which hit the US and Europe hard but left much of Asia and Australia unscathed, the Covid-19 pandemic and subsequent lockdown has hit countries all over the world.

Granted, the pandemic started in China and some countries like Italy and Iran were affected early on, but now, if you go online to see how the Covid-19 crisis is developing, it’s everywhere. So, if two different parts of the global economy are reacting very differently, as far as the level of bankruptcy filings is concerned, it begs the question: why is that?

Different kinds and levels of Government support could be one reason. But another could be the Chapter 11 regime. Its features include a relative lack of stigma, the ease of getting bridge loans (DIP) or new money into a business, and the ability of incumbent management to stay in place and use their experience of the business to reorganise it. The existence of knowledgeable and experienced bankruptcy courts to supervise the process is something quite different to most European systems.

Talking to a senior restructuring professional in London recently, who had extensive experience of the US market, the pointed out that while his team had been receiving huge amounts of enquiries from clients, very little of this had developed into fee-paying restructuring mandates; and that this was in stark contrast to the US side of his firm, which was rushed off its’ feet – “because they have Chapter 11.”

The clear implication was that reorganising a company was a lot easier in terms of not spooking stakeholders, suppliers or the markets generally than in Europe, even after years of legal reforms aimed at improving the rescue culture.

Turning to formal insolvency, professionals in Europe are preparing for a big rise in cases later in the year, or possibly after Christmas, for a number of reasons; Government support schemes will have to be wound down at some point, and there is a real threat of further lockdowns to the Covid-19 virus.

One big criticism of the Chapter 11 model is that it is expensive by international standards, and that only very large corporates can afford it. Even here, the US has recently reformed the system to make it more affordable for smaller businesses.

Meanwhile, many restructuring practices in Europe continue to look somewhat enviously at their busy US colleagues – for now.