WHY are some leaders or organisations more successful than others? Time for a New Year’s Resolution? 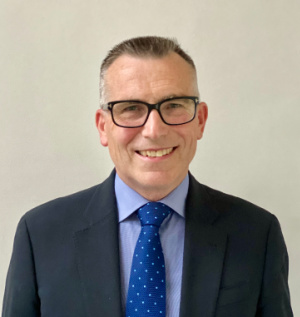 Have you ever questioned why it is that some businesses fail, and others do not? Why are some individuals more successful than others? What really are the ingredients of success? Can, whatever it is, be truly understood, harnessed, nurtured, placed in a bottle and sprinkled onto your next transformational/turnaround engagement?

Why is it that some leaders are inspiring and achieve great things and others are not and don’t? And if inspirational leadership is a critical ingredient to differentiating success in turnarounds, then a turnaround with an inspiring leader at the helm is going to be more successful than one who is not, right? And surely if we could all become more inspiring leaders in our day to day work, then maybe our turnarounds could become even more successful. How valuable then would that be?

I want to share with you something I stumbled across recently as it’s had a big impact on the way that I approach what I do and the way I describe what I do. Some of you may be familiar with it, others may not. For those of you who are not, then I recommend you read on. It could change your life and those of your clients!

Some of you may have heard of Simon Sinek. He describes himself as an Optimist and is a best-selling author (see www.simonsinek.com). A few years ago, Sinek tried to explain why it was that some individuals and businesses were more successful than others using his ‘Golden circle’ – WHY, HOW and WHAT concept. This little idea explains why some organisations and some leaders can be great and inspire where others can’t.

As a result, the way we think, the way we act, the way we communicate, tends to go from the What we do and the how we do it. In effect, Sinek says, “they start with WHAT because it’s easy to define and often then describe HOW. Very few describe WHY they do it. If you like they start from the outside in”.

The inspired organisations and the inspired leaders regardless of their size, regardless of their industry, all act from the inside out. Sinek quotes Apple as a great example (see their 1997-2002 ‘Think different’ advertising campaign, you’ll find it on YouTube). Its marketing communicated in a way which was entirely different to its competitors. ‘In everything WE do, WE believe in challenging the status quo, WE believe in thinking differently, that was Apple’s WHY. There HOW was ‘the way they challenged the status quo in making its products beautifully designed, simple to use and making them user friendly’. Apple’s WHAT was simply ‘we just happen to make great computers. What this proved is that people bought their computers not because of what they did but because of why they did it. Sinek formulated that “People don’t buy what you do, they buy why you do it!”

But if you don’t know why you do what you do, and people don’t respond to why you do what you do, how will you ever get people to vote for you, to buy something from you or to be loyal to you? The goal is not just to hire people just because they can do the job, there’ll just work for you for your money. But if you hire people who believe in what you believe, then there’ll work for you with blood, sweat and tears!

That’s important because if people believe in what you believe, then they will intuitively yearn to follow you or to buy from you. People don’t buy what you do. They buy why you do it.

What you do simply serves as the proof of what you believe. Just look at Martin Luther King. He didn’t go around and tell people what changes needed to be made in American. He said ‘I believe, I believe…’. When he did his ‘I have a dream’ speech in 1962, 250,000 people turned up on the Mall in Washington. There were no invitations. There was no email, and there was no website to check the date. He had a gift because he didn’t tell people what needed to change, but he told people what he believed. And people who believed what he believed took his cause and made it their own. And those people spread it with their people. And it was what they believed that got them to show up. They followed him not for him but for themselves. He gave the ‘I have a dream’ speech. Not the ‘I have a plan speech’!

Do you understand your WHY? Do you share it with others? If you don’t, I fear your turnarounds, the organisations you work with, and their people, could be being compromised with less than dramatic results! A New Year’s resolution beckons!